Kevin Nolan on his way... 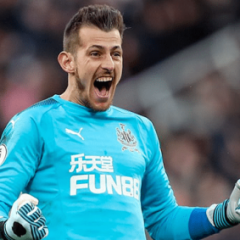