ARE YOU WATCHING RAFA F.C. vs. Eddie's Magnificent Sicknote Warriors 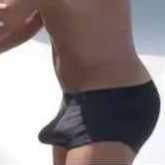